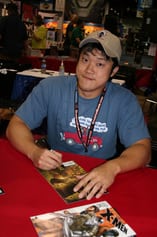 Michael Choi (better known) as Mike Choi has quickly risen to become a great standout in the world of comics and sequential art. While there have been many artists that have come and gone delivering a competent job, Choi’s work has risen far above industry standards. This is why he has been selected to work on highly popular titles such as Witchblade, X-Force, and X-Men among others. His work has mostly appeared in titles produced by Marvel and Top Cow and will likely appear in titles produced by other publishers as his work continues to grow in popularity.

Michael was born in Chicago where he spent his very early childhood years. He would later move out of Chicago and eventually to Arizona. A fan of comic books his entire life, Mike Choi would eventually find his way to work in the industry. He has worked as both an inker and a colorist, but he is most well known for his penciling of both interiors and covers.

The early work by Choi for the comics imprint Top Cow was what helped established his name. He worked on several titles which were not huge sellers such as The Darkness and Hunter Killer although he did do a one shot on the Tomb Raider title. 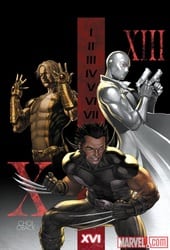 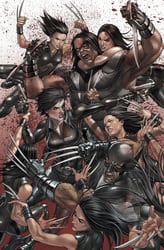 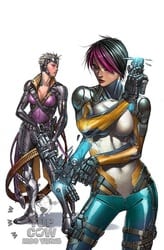 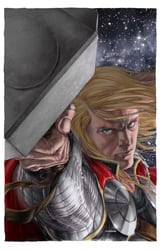 Eventually, he became a regular artist on Witchblade which is one of Top Cow’s best sellers and franchise titles. A cult favorite, scores of comic fans are avid Witchblade readers and his work on the series aided in his increasing his stature in the eyes of both fans and industry big wigs. It is no surprise his work eventually caught the eyes of those in charge at Marvel Comics.

Choi debuted with Marvel Comics when he performed penciling duties on Uncanny X-Men and worked on the title from issue #495 to #499. The writer on the series at the time was the highly popular Ed Brubaker. The work the two performed on the series certainly captured the eyes and imagination of comic fans. Choi’s profile was greatly raised as a result. In fact, he would be wondered in WIZARD MAGAZINE that honored him by placing him on the list of the Top 10 of the ‘Hot 10 Artists’ for his brilliant work on X-23.

The future of Mike Choi’s career truly does look bright. He now is involved with his own series, a creator owned one, Chomperstompers. While the book has not become a very hot seller, it has raised his stock in the eyes of comic fans due to the impressive visual nature of the work.More than likely, his excellent work will lead him to even more high profile assignments and major titles.

Check Out Mike Choi’s Stuff Below: