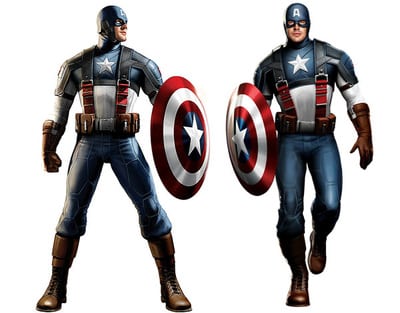 By now, you have (at least) a rough idea on what your character looks like. With all the preparation that you have done in the planning section, you can start drawing your designs. This is where the action starts. Here is where you come up with the design, look and feel of the character. It can start from the facial features, the height/weight, all the way to the costume design, poses and fighting styles.

Even when you are done planning the looks of your character, ideas and last minute changes often comes out during the drawing process. You will get these last minute ideas almost always during the moment you start putting pencil to paper or illustrating. Most draw what comes to mind and end up changing the actual design that was planned.

Despite how we are against it, these moments of change will almost always happen. In fact, many comic and concept artists tend to make last minute changes to the design that eventually make it into the final design.

The thing is, most artists make the mistake of scraping the original character design and build on what they just thought up moments ago. If you decide on adding last minute stuff, just remember this – never dump the original character design. Use it as a base and draw up the new ideas or last minute change on top of it. It is something of a norm for some to get new ideas when drawing but only to forget about it minutes later. To overcome this, and at the same time not going against the initial character design, whenever you have an idea or wants to experiment on something that might look well on your character, draw them on different paper or separate part of the paper/surface you are working on.

Leave whatever you are working on at the moment and concentrate on the idea you just had. Once that is done, you can go back to the initial artwork and continue working on where you left off. By doing this you can prevent yourself from pouring everything that you have in mind, good or bad, on a single piece and instead work them out separately. In a way, you are actually sorting the different designs that you thought out and makes it easier for reference in the future.

Though the process of character personality and development are often done in comic writing first, there are a lot of ways to go about getting ideas for your characters, like watching movies, read through other comics , art books and even concept art from games and movies.You can get great designing ideas from concept art.Most movies, games and comics have loads of concept arts but only the selected few gets through the final stages of production.The rest of the artwork gets either discarded (usually placed in concept art books) or saved for future use.

What we recommend is that you start browsing the art books of games or movies or looking through some concept art that has the same themes like the ones you are working on. The concept artist who worked on the design and looks of games and movies are some of the best in the industry.Any work from them are definitely worth looking into.You must also study the different stages a character goes through and learn how and why the result gets chosen instead of the rest.The concept artist or game developer usually put up notes around in an art book, so keep a look out for that.Do not worry about getting your work influenced from art books or fear of “stealing” any ideas the developers might still be using.If there was something for future use, the developer/artist would not have put them in the concept art book in the first place.

Take Captain America for example. Whenever anyone mentions his name, people would instantly remembers the guy with the American flag-themed costume beating bad guys with his shield. His arch-nemesis, Red Skull, is depicted as a man with a red skull-like face, who usually wears a WW2 (sometimes modernized) Nazi officer uniform with a red swastika armband. Now, when these two characters are put side by side or against each other, one can easily guess who the villain or the superhero based on the look of the character or the design. By that alone, readers should be able to tell the character’s role right away. 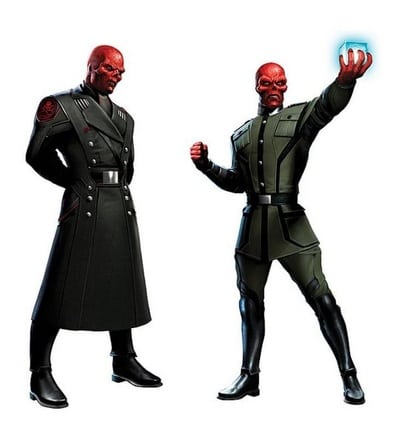 This is why you must research when deciding on the archetype of the character/s because it can greatly influence how they look. However, there are archetypes that do not actually give away as much on their appearance like other archetypes, for example – the trickster archetype is often portrayed as an individual with a rebellious look, or somewhere around the lines where it shows that they are not to be trusted entirely but there are some trickster archetype characters that are shown to have a clean sharp look and seem trustworthy, but subtly showing to have a darker and deceptive nature.

The worst thing that could happen when creating characters is that you begin to make them look and sound like other comic characters. This happens a great deal, and new characters are very difficult to come up with (but never entirely impossible). With the right imagination creating a character can be really easy and straightforward.

Whenever details are mentioned, one cannot help but to relate it with the art style of the work. This is why your art style needs to have versatility when it comes to designing. The art style is often made as an excuse usually when the design has very little detail.Some even took a step further and say that if more detail were to be put into the design, is would not be his or her “style”. The problem is not about your art style, but rather on how far you will go to convince the audience to believe in what you are drawing. It is either that or the fact that you are just plain lazy. For example: you cannot blame the audience/reader when they mistake your drawing of a car for a mineral water bottle with cut out windows. It is not your art style that is the problem, It is because you are not putting out enough details for it to convince the audience it is a vehicle with wheels.

Although we are still in the character creation process, we cannot stress enough on how important it is to add details in what you draw.The point is to never disregard details in your artwork. This can be as simple as giving a shading effect for your character’s figure, to adding intricate design for details of an armor.Human being are attracted to visually pleasing images more than most things and by adding details to a character or an object, it can increase the attention of viewers when they it.

Few will notice the versatility of a really good comic artist.This is where he/she is able to draw the same character in several different position, in an environment or situation that changes from time to time and yet is still able to maintain the same amount of detail and style in every scene. This can be difficult to achieve but never impossible.

The simplest approach to this is to brush up on your detailing techniques and your abilities to apply it to whatever you draw. By doing this, you will notice how it turns out to be more of a habit for you to add details to your artwork – you will even do it for your sketch work.When this is practiced continuously, by the time you finish your preliminary sketch, you would not even notice that you have done most of the detail work already!

The other thing about adding more details on, besides improving the quality of your artworks, is that it will enable you to be more versatile, and helps you prepare yourself should there be a need to draw your character in a situation where more details are needed such as – a character’s facial expression in a dimly lit room, or a battle scene with many characters involved. It can be a bit daunting considering there are many details to put out, especially if it involves a lot of elements at one time (characters, environments, backgrounds, colors, etc.), but once you have got the hang of it and knows what goes where, adding details can be a really smooth and natural process.