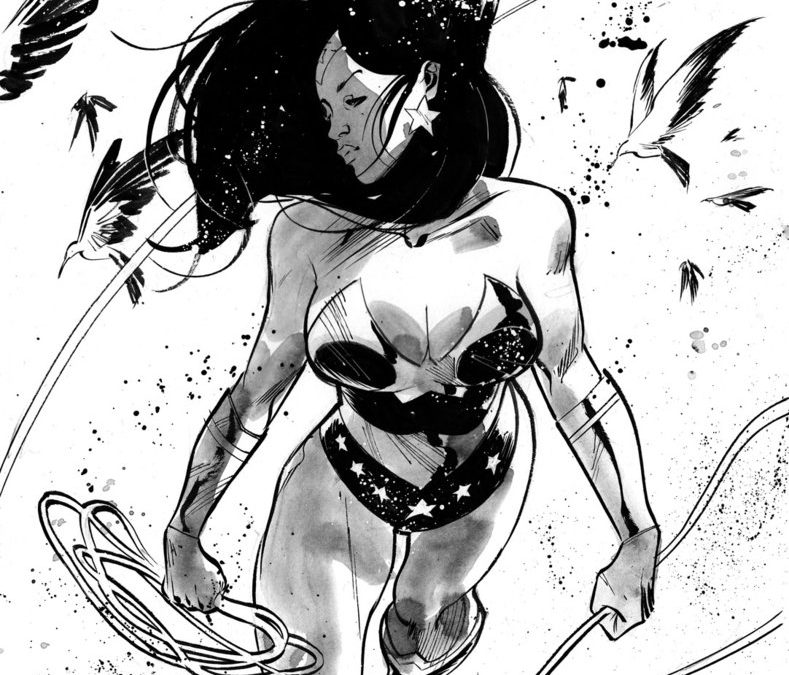 Back in the earlier years of comic books, men can clearly be seen as the leading figure for superheroes, villains, and sidekicks while the women merely fill in the role of the love interest or the ever-too-curious damsel who in her eagerness to know more about the superhero, gets caught by the villain and later saved by the same superhero who she later admires and falls for.In those days, a female character at most would be a petty sidekick.

Now, we can safely say that every male superhero have their female counterpart.Characters like Batwoman, X-23, Powergirl, Black Widow,Catwoman-Harley Quinn- Poison Ivy(Gotham City Sirens) are clearly making a name for themselves as well as getting the reader’s attention by having their very own comic issue.This just goes to show the strong of an impact the female characters in comic book have made and at the same time becoming equal to their male counterparts. Eventually female characters in comics came into their own – most superheroines owed their origin to no man and others could make the same claim.

Want to make your very own superheroine, villain, sidekick? Haven’t decide on which female character to go for ? Get ideas on the female comic character you are probably working on with characteristics of the roles women have in todays comics books. 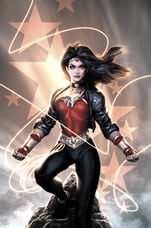 There was a time when most superheroines were always secondary in all aspects when compared to their male counterparts and even then not many “stands out” as a superhero figure in the comic world.But with the gender and cultural barrier being thinned out, superheroines starts to gradually seal their place and at the same time becoming equally important as others.Being just as capable as other male superheroes, superheroines can do well enough on their own.There are a number of superheroines that can go toe-to-toe against several more formidable foe.One of the most well known is Diana Prince a.k.a Wonder Woman with powers that includes superhuman strength, flight,healing factor as well as speed is capable of taking on the Four Horsemen of Apokolips and even some members of the Justice League.

Nowadays, comic characters tend to have a more realistic approach towards their background or lifestyle – superheroines are no exceptions.The needs of superheroines are no different from those of a modern women.This is because most superheroines are superior in a lot of ways compared to normal people but this actually makes it even harder for them to cope or blend in.With their abilities, most of them are well to do individual compared to others but this does not exclude them from struggling with their normal/superhero life.The dealing of this problem is shown exceptionally by Karen Starr a.k.a Power Girl as she struggles to keep her global corporation from falling apart and at the same time fighting off powered villain as Power Girl.

If we were to compare a superheroine with a supervillainess, there is not much to work on except for the fact that one considers the other to be on the wrong side.Aside from that,supervillainesses are quite similar to superheroines.They do have differences, of course.Most notable are their ambition, their goal and how they get things done.They both have superpowers, both are clear in what they want.

However,when it comes down to being a the opposite of superheroines, it becomes a tricky situation for supervillainesses .Being an evil individual means that they will less likely tolerate any intrusion from any other party, which basically shows that every villain have their own agenda and priority.They work best on their own.Therefore, the question is more of a “who is pulling the strings” rather than “who is in charge”.

In most case, supervillainesses can actually disregard a lot of what superheroines do.They don’t need any sidekicks, but instead have lackeys and cohorts which can be disposed of whenever the supervillainesses wants -with the ” why share when you can have everything for yourself” kind of mentality in mind.Being evil means that they don’t have to worry about being noble and helping others.They absolutely have no need for blending in or even try to have a normal/superhero life because being evil is a full time job for them and a supervillainess often do everything “by themselves for themselves” and rarely need help in getting what they want – which usually involves taking over the whole world.That supervillainess can make great villain and the fact that a female character being evil/sinister can be interesting to create and work with.

A sidekick is usually a close companion or a student, who in a way helps out a prime character commonly referred to as mentor or someone in a superior position. There a few misunderstandings going around as to how a female sidekicks is being portrayed.Mainly because most of the female sidekicks in comics today are solid character, individuals who kicks-ass well enough on their own even before being a sidekick, which makes the idea of teaming up with someone to be more of a “duo” or a “tag-team” approach rather than being a sidekick.Read enough comic and you’ll see how it is.There are not many female sidekicks in comics compared to their male counterpart but most of them can hold their own ground.

Though the issue is not being brought up often, it is well received by today’s readers as it goes to show how well sidekicks rise up to any given situation and how they are not merely second-tier characters. Female sidekicks are equal to their male counterpart, and are often a force that their superior can rely on.

Damsel In Distress (DiD)

A damsel in distress (DiD) in the older days of comics is often portrayed with a young, helpless woman placed in a dangerous/life threatening situation by a villain or a monster and waits for a hero to rescue her.While that is true back then, DiDs nowadays are a lot less “weak” and does not always depend on heroes or saviors to rescue her.Today,DiDs often gets the upper hand on such situation ,most of the time from her own initiative such as freeing herself from danger or alerting the authority or the superhero of the danger instead of waiting for them.

Compared to how they were portrayed back in the early days, DiDs in today’s comic shows the independent woman image and how strong the character really is without depending on other force to help them.On the basis of it all, DiDs characters needs help from superheroes or its like when in danger (because it will defeat the whole purpose of being a Damsel In Distress if they didn’t) but not in the manner in which they are shown to be unreliable/unable to do anything, vulnerable to anything/anyone or the fact that they rely on someone to help them out because such thing are quite tricky if not difficult to be portrayed by a modern woman.Though that is not the case if you were to apply such characteristic to a woman in a more medieval-like timeline.

A femme fatale is an alluring and seductive woman whose charms ensnare her lovers in bonds of irresistible desire, often leading them into compromising, dangerous, and deadly situations.

“Alluring” is no doubt the word most would use to describe a femme fatale, which is actually quite true.Nowadays, perception towards femme fatales -which literally means “fatal woman” or “fatal female” (duh!) -is rather contrast to how they portrayed or described decades ago.Historically, femme fatales are said to have deep, sexy voice, and is a very provocative and complicated character.Though some consider those the basic traits of them, the potrayal of femme fatales in todays comic have shown that they have taken a whole new level and have become a stronger, more independent character as whole.The characteristics of femme fatales are almost perfect for villains and anti-heroes as their approach towards things tend to be somewhat selfish and often disregard how others view her actions.They are intelligent, talks and behave in such a manner that can get the attention of someone she targets or even most men without being too direct,blatant or showy.Comic characters like Mystique, Catwoman, Domino and Poison Ivy have the characteristics of a femme fatale.