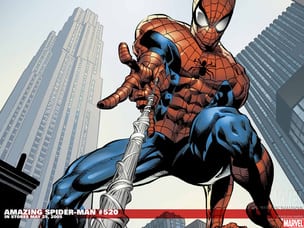 There are many types of perspective, and each has its own steps to drawing properly: 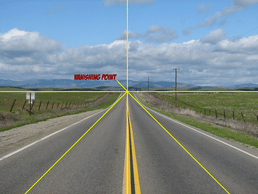 Basic Linear Perspective is the perspective along which lines are drawn. There are many kinds of lines that you will use in drawing perspective, and it is important to know the use of each. Parallel lines are lines that are facing each other and are exactly alike, but they will never meet. A perpendicular line is a line that intersects with another line at a 90 degree angle. A vertical line is drawn in an up and down direction, while a horizontal line is drawn in a left to right direction. Vertical lines are perpendicular to the horizon lines, while horizontal lines are parallel to the horizon lines. A diagonal line is a line that runs diagonally and connects 2 vertices contained in a polygon. These lines tend to intersect both vertical and horizontal lines at varying angles, and they are commonly used in illustrating perspective. 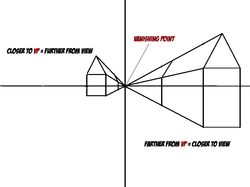 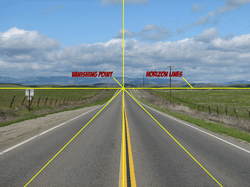 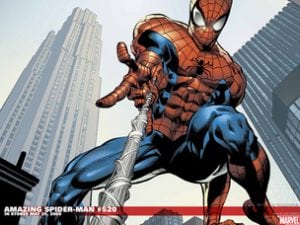 Foreshortening is a common effect that is found in realistic comic book art. Foreshortening is when objects appear to be compressed when viewed from a certain viewpoint or angle. For instance, when an object is seen from above, the base of the object appears to be smaller than the top of the object because the viewpoint from which you are seeing the object causes it to appear distorted. The same is used to convey distance in a picture, when one side of a building or object appears to be thinner or smaller than the closer side of the building because of the viewpoint. Foreshortening is usually drawn according to the converging lines that convey the distance of the picture, and the degree of foreshortening varies according to the perspective being conveyed in the picture.

Vanishing Point: Perspective for Comics from the Ground Up by Jason Cheeseman-Meyer

Probably one of the very best books about perspective creation. Takes the reader from the initiation level to the most serious professional one by a series of step-by-step tutorials. It is a must for every comic illustrator, whether US realistic style, European (Belgian) “clear line” realistic or humoristic illustrator, or manga-style. The only point not covered by this manual is shadows but, on the other side, it covers non-orthoscopic (fish-eye) perspective with a lot of variations. It could also be more advanced about creating a perspective from an elevation map of the scene (so there is a small place left for other books, LOL). I heartily recommend this book.

Perspective! for Comic Book Artists: How to Achieve a Professional Look in your Artwork by David Chelsea

If you are interested about perspective and you are a total noob, read this book first, than once you reach the end if you are still interested go read a real perspective book.

But I do HIGHLY recommend this one if you are just starting out, but if you have already taken a perspective class or you just finished a 500pg classic on the subject… you whont be learning much here.

If you are new, and you are a visual learner, skip all other perspective books and read this one first.

Understanding perspective is so important in art and so many artists don’t spend enough time learning how it works. This is an advanced look at perspective that breaks it down into understandable concepts. The fact that it is amusing and fully illustrated makes the learning process feel like reading a good story.